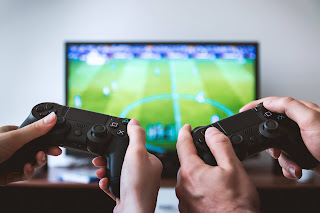 An alumnus of Baldwin Wallace University, Peter Starr graduated from the Berea, Ohio-based school with a bachelor's degree in criminal justice. He then attended the National Youth Leadership Forum on National Security in Washington, DC. An avid golfer, Ohio’s Peter Starr was the top-ranked player on his high school team, and has since played at several prominent courses throughout the US.While it's beneficial to be able to drive the ball a long distance from the tee box, it's equally (if not more) important to have a strong short game. Here are three drills that will help you improve your putting accuracy:1. Clock drill - Emphasizing short putt accuracy, this drill involves three balls placed at two- to three-foot intervals at lines similar to the 12, three, six, and nine positions on a clock. Try to make 12 putts in a row, and start over from the beginning if you miss a putt.2. The 1-2-3 drill - This drill improves consistency and rhythm with your stroke. Start by placing three balls in a line at three, six, and nine feet from the hole. The majority of your putts on the course will be within 10 feet of the hole, so work on executing these shots before starting a round.3. Tiger's gate - Named after Tiger Woods, this drill also focuses on executing short putts. Set two tees slightly wider than the length of your putter head, about four feet from the hole. This creates a small gate through which you have to swing your putter, and should boost putting stability and confidence.
Posted by Peter Starr at 2:48 AM 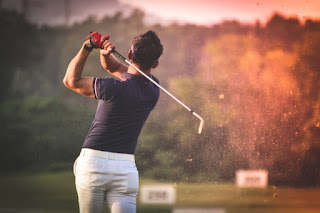 Ohio native Peter Starr was an accomplished golfer in high school who earned Southwestern Conference 2nd Team distinction in three of his four years of play. In addition to playing at several prominent courses throughout the US, Peter Starr has attended several PGA Tour events held at Firestone Country Club in Ohio.

Firestone Country Club hosted the WGC-Bridgestone Invitational from 1999 to 2018, at which point the tournament was relocated to Memphis. However, the club secured hosting rights for the 2019 Bridgestone Senior Players Championship, ensuring Northeast Ohio would host a professional golf tournament for the 66th consecutive year.

The Senior Players Championship is one of five PGA Tour Champions major tournaments. The 2019 event took place in July and was won by South African Retief Goosen, who had a four-round total of six under par. Americans Jay Haas and Tim Petrovic tied for second with a score of four under par. Goosen took the lead in the fourth round after sinking a 15-foot put on the 17th hole. He shot a two-under-par 68 in the final round.

The tournament is returning to Firestone Country Club in 2020.
Posted by Peter Starr at 10:04 PM

The Golf Course at Fox Meadow

A former staff member at Strongsville Driving Range in Ohio, Peter Starr was the top-ranked golfer for his high school's varsity team in each of his four years at the school. Still an avid golfer, Peter Starr has played at several high-profile courses, including Fox Meadow.Based in Medina County, Ohio, Fox Meadow has hosted the 2014 American Junior Golf Association All Star Championship as well as the 2011 and 2012 Ohio Open. The par-72, 6,918-yard course was developed by Stephen Burns and features pristine greens in addition to fairways characterized by mature trees and rolling hills. Although regarded as a challenging course, it can be played by golfers of all abilities due to its five separate tee sets on each hole. Players should be aware of the course's water hazards and unique bunkers, however. The course is complemented by a 25,000-square-foot practice facility that includes putting and chipping greens, a driving rang, and a practice bunker.Full membership to the course includes unlimited access to the course and practice facility as well as entry into leagues and tournaments hosted by Fox Meadow. Also included is access to the pool complex and fitness center. There's also a junior and social membership option, the latter of which is limited to eight rounds of golf.
Posted by Peter Starr at 12:00 AM